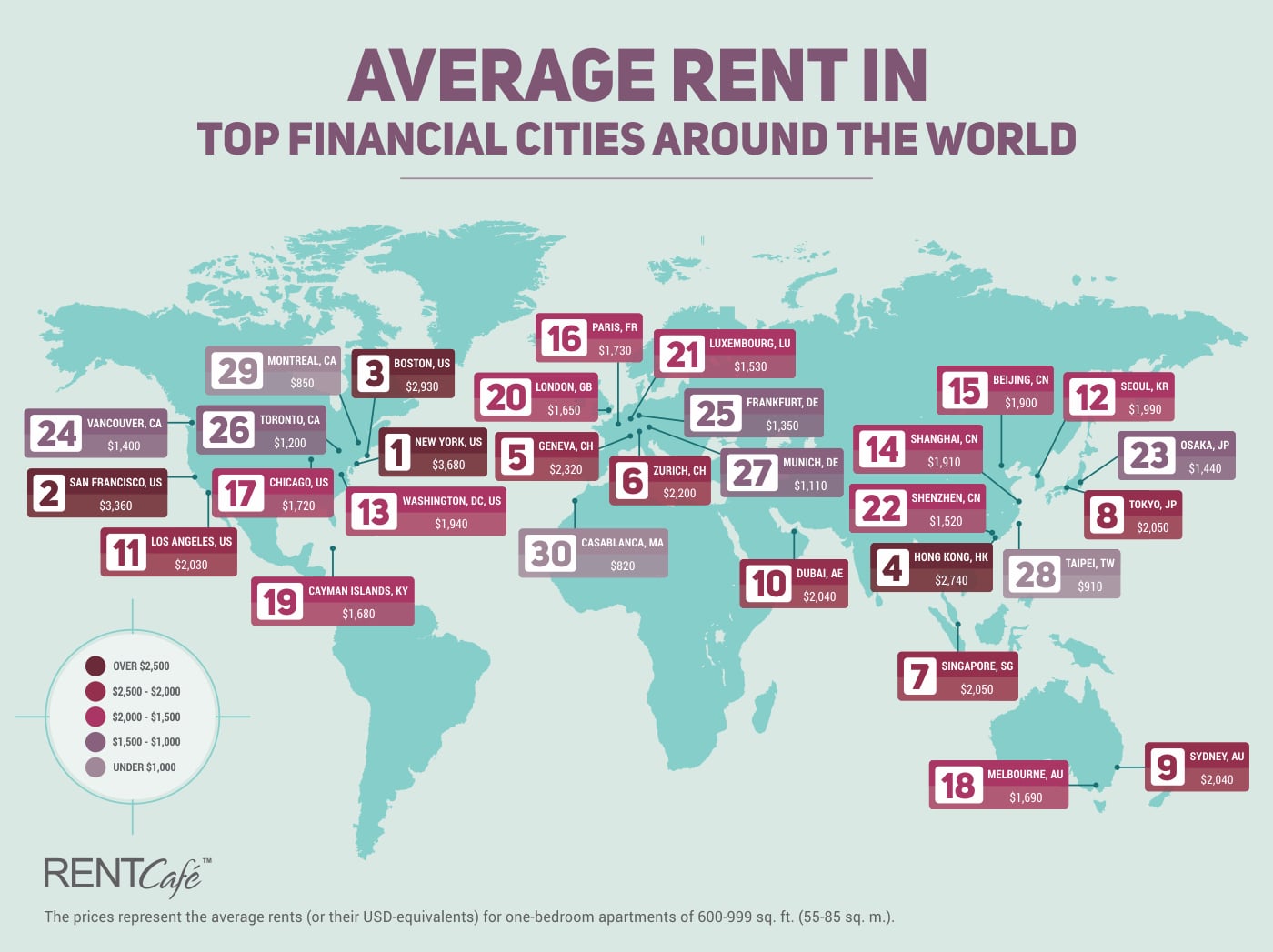 We are well aware that living in the city comes with a hefty price tag, but new research from RENTCafé analysed rents in the 30 major financial centres of the world. To keep the results consistent, the research compared the average monthly rents for one-bedroom apartments between 55 and 85 square metres, in each of these 30 cities. While the job opportunities are equally plentiful in each city, particularly in the financial sector, the rents greatly differed.