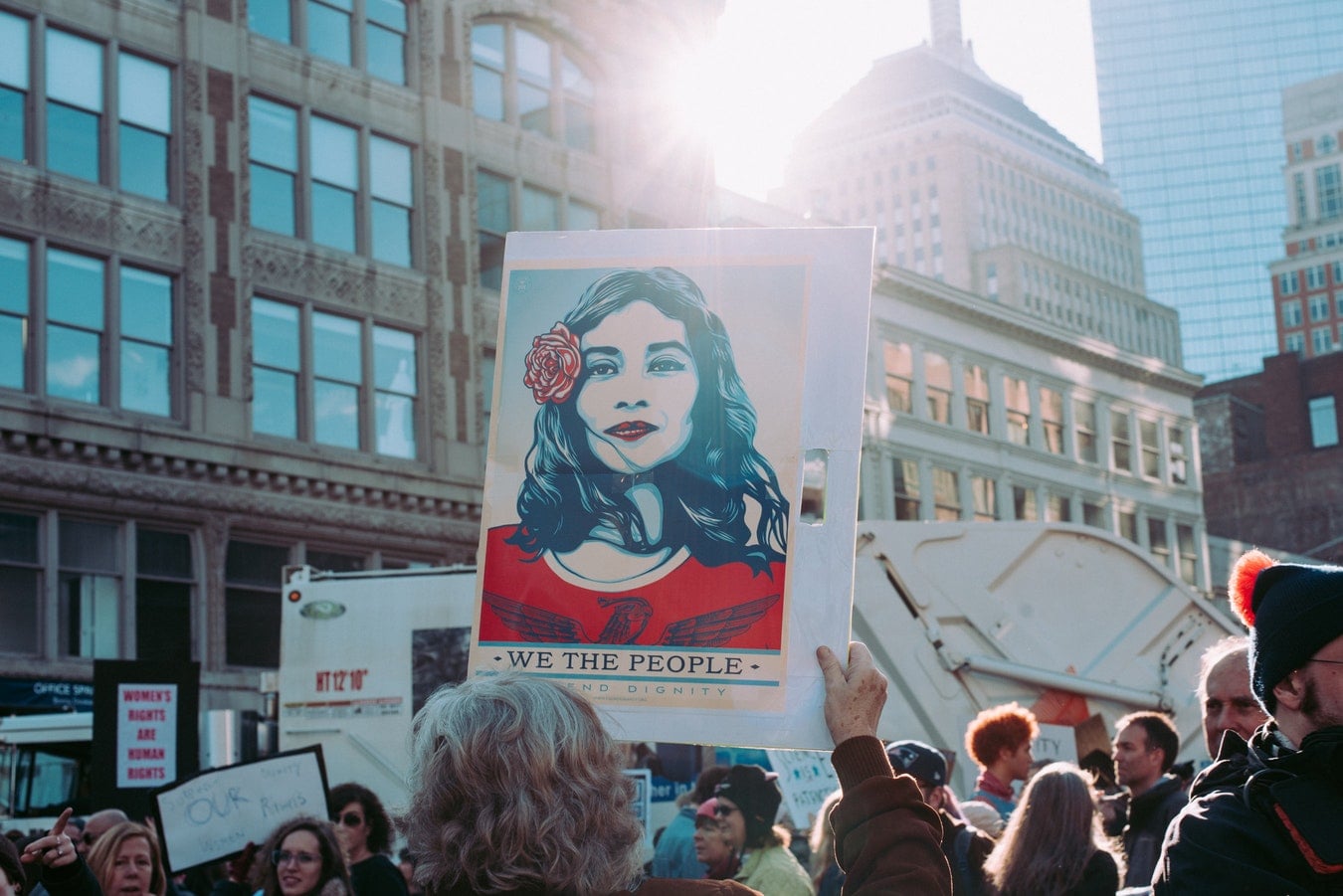 Motherhood is sacrifice. No, I take that back. Motherhood was sacrifice. On this International Women's Day, I am grateful that motherhood doesn't have to feel like that today. Our mothers and our mothers' mothers did enough sacrificing for a lifetime so that we could listen to that crackling, burning inside of us. Only, because of them, we won't get burnt by the flame — we are the flame.

That's right: on March 8, I will celebrate International Women's Day for my mother and both of my grandmothers — women who had to put their own dreams on hold so that I never had to. According to UN Women, "This year, International Women's Day comes on the heels of unprecedented global movement for women's rights, equality, and justice. Sexual harassment, violence, and discrimination against women has captured headlines and public discourse, propelled by a rising determination for change." And through all of the different headlines, it's us, the women who are in the limelight. It's the women standing, fighting, putting their mouths to the microphones because we've had enough and we're done sacrificing. So, on this International Women's Day, I'll be paying tribute to my own ancestors, by continuing to fight, because they sacrificed for me.

My mum's whole life was sacrifice. My yia-yias' lives were sacrifice, too. While in Greece, they were told, "Marry this man, and go to the United States. Things will be better there." They did it because they were told to. And when they got here, they could see that things could be better — so they stayed. They stayed for their children, and their children's children. My yia-yias lived different lives, but both full of sacrifice. Sacrifice for me — and you.

Related:
87 Books by Women You Should Read Before You Die

But I wonder, what were their dreams?

What kind of fire was born within their souls?

Were there any sparks left? Swirling smoke, even?

My grandmothers, and countless other women, lived courageous lives so that I could write my own dreams myself, and let no one extinguish my fire. That's why on this International Women's Day, I will join my local march and hike with women who also have ancestors who paved the way for all of us. That's why this beautiful day was started — to embrace our womanhood, come together, and make a change. You can get involved in various ways; simply search and partake in whatever arena you're interested in. Help be a part of the change for the young girls in your life.

As the poignant writer Rupi Kaur said, "There are hundreds of firsts I am thankful for. That my mother and her mother and her mother did not have the privilege of feeling. What an honour. To be the first woman in the family who gets to taste her desires. The grandmothers must be howling with laughter." I sure as hell hope my yia-yias are laughing, too. Because without them, my sacrifice would be burning me alive. But instead, I am a flame — and my daughter? She'll burn even brighter.