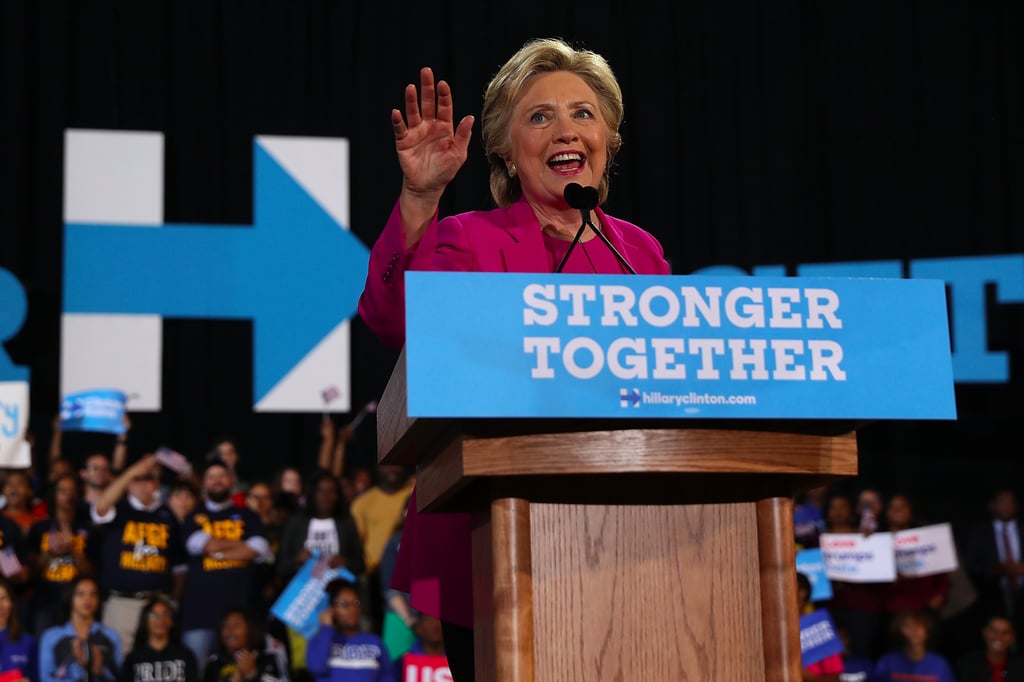 When you think of Twitter, Hillary Clinton probably isn't the first person you think of. But that's not to say the former first lady hasn't tweeted her fair share of Twitter gems. If Hillary goes on to win the presidential election on Nov. 8, she will be rewarded the @POTUS Twitter handle Barack Obama used so expertly over the last eight years. Keep reading to see some of her most liked and retweeted tweets, like the famous "delete your account" tweet, which is her most retweeted tweet, according to Twitter. What you see ahead is definitely a glimpse of what we could expect if she does become president.

Related:
Here's What Hillary Clinton Will Probably Be Called If She Wins the Presidency
Previous Next Start Slideshow
Join the conversation
Best Of 2016Digital LifeHillary ClintonSocial MediaTwitter
More from POPSUGAR
From Our Partners
Related Posts