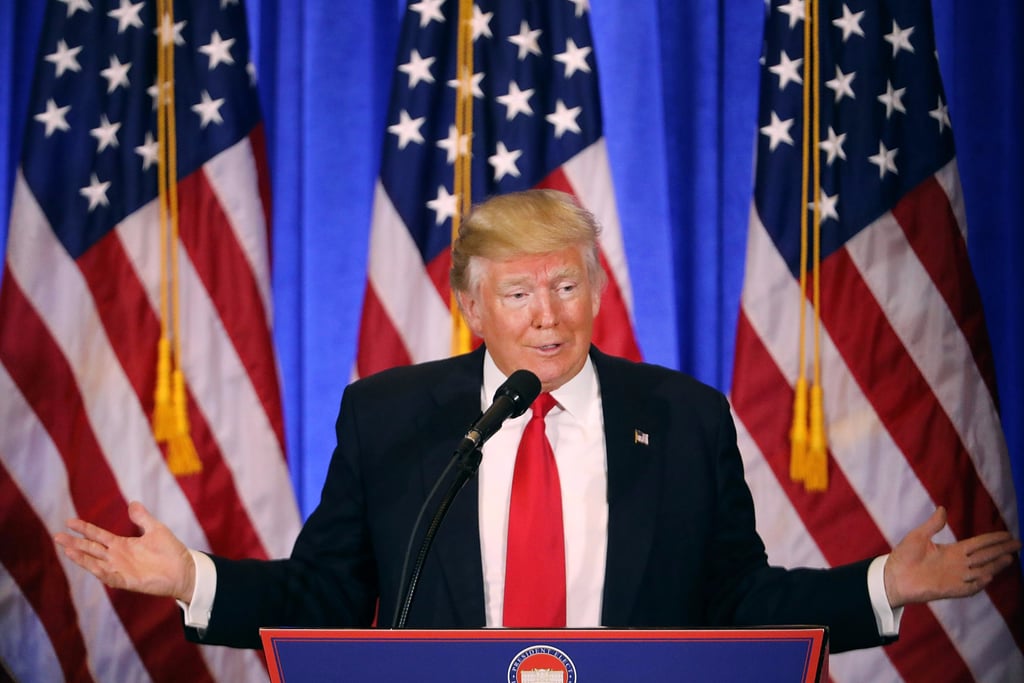 Donald Trump's first press conference as president-elect was anything but normal. Trump covered a variety of topics, such as conflicts of interest, Obamacare, and recent allegations that Russia may have information about him. When Trump started taking questions, he continuously didn't answer CNN's Senior White House Correspondent Jim Acosta's questions and at one point told him "You are fake news." Naturally, the internet decided that if Trump can use "fake news" as an excuse about anything, they can as well.

Ahead, see some of our favourite "fake news" excuses. They'll make you giggle and wonder how we ended up here.

Related:
10 Tweets About Donald Trump Narrating Planet Earth That Will Make You Laugh For Days
Previous Next Start Slideshow
Join the conversation
MemesDigital LifeDonald TrumpTwitter
More from POPSUGAR
From Our Partners
Related Posts

Food News
A New Website Tracks Broken McFlurry Machines, Because We've All Been Heartbroken Before
by Kelsey Garcia 1 hour ago