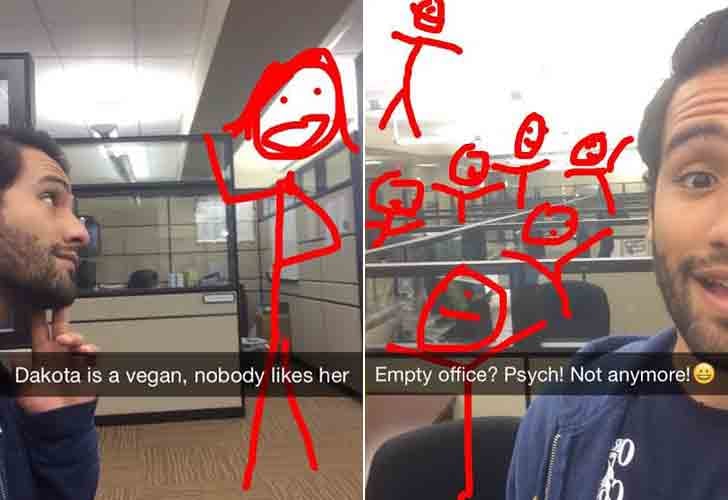 Whether your co-workers just happen to take time off all at once or it's right before a holiday, empty-office Fridays just come with working a 9-to-5. One guy named Oliver found the best way to keep himself entertained when this situation comes up — he decided to Snapchat a series of hilariously awesome photos of his workday with co-workers all drawn in, which was later uploaded to Imgur in a post titled, "My brother gets a little bored on Fridays."

Check out his awesome Snaps ahead, and if you ever find yourself in need of company, you now know what to do.