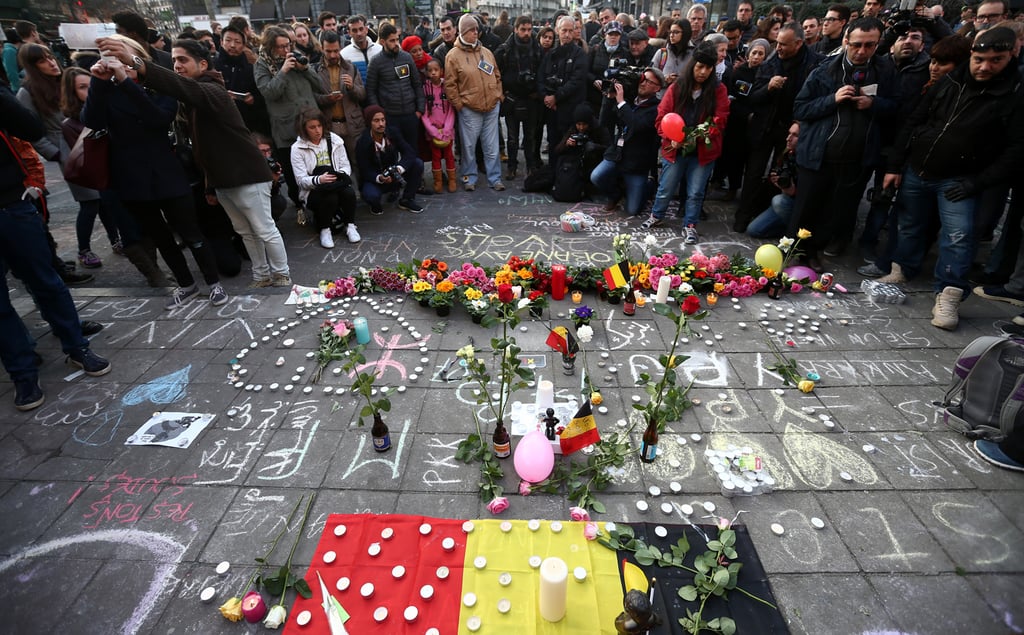 Just a few hours after the terrorist attacks in Brussels, a few powerful hashtags have started surfacing. Similar to the beautiful messages spreading on Instagram, the hashtags are offering support, help, and comfort to those affected by the attacks.

One of the more popular hashtags is #ikwilhelpen, which roughly translated means "I want to help." People are offering their homes, Internet, and other amenities to anyone who needs it.

My place in Antwerp welcomes you (10 mins walking from Central Station), a couch and 2 mattresses and a warm hug <3 #ikwilhelpen

If you are stranded in Leuven and need a place to sleep: we have room for 2 people. 20 minutes from Leuven. #ikwilhelpen

It's similar to the hashtag #PorteOuverte, which means "Open Door," which was started as a similar concept after the Paris attacks in November.

10 of us at mine in the 6th, DM or tweet me if you need #PorteOuverte

If someone needs a place to stay later or tonight near Watermael or Uccle, you're welcome. #ikwilhelpen #PorteOuverte #OpenHouse

Another hashtag, #OpenHouse, is also spreading to offer anyone a place to stay. According to BuzzFeed, it was started by Alexandre Alaphilippe, a communications manager who wanted to help.

#OpenHouse : share accomodations (via geoloc and DM) for people hurted or stuck after #Brusselsattacks

In Matonge for anyone who needs a safe place. #OpenHouse

Throughout this chaos and uncertainty, it's incredible that once again, people are using social media to help each other and spread ideas of comfort and happiness.