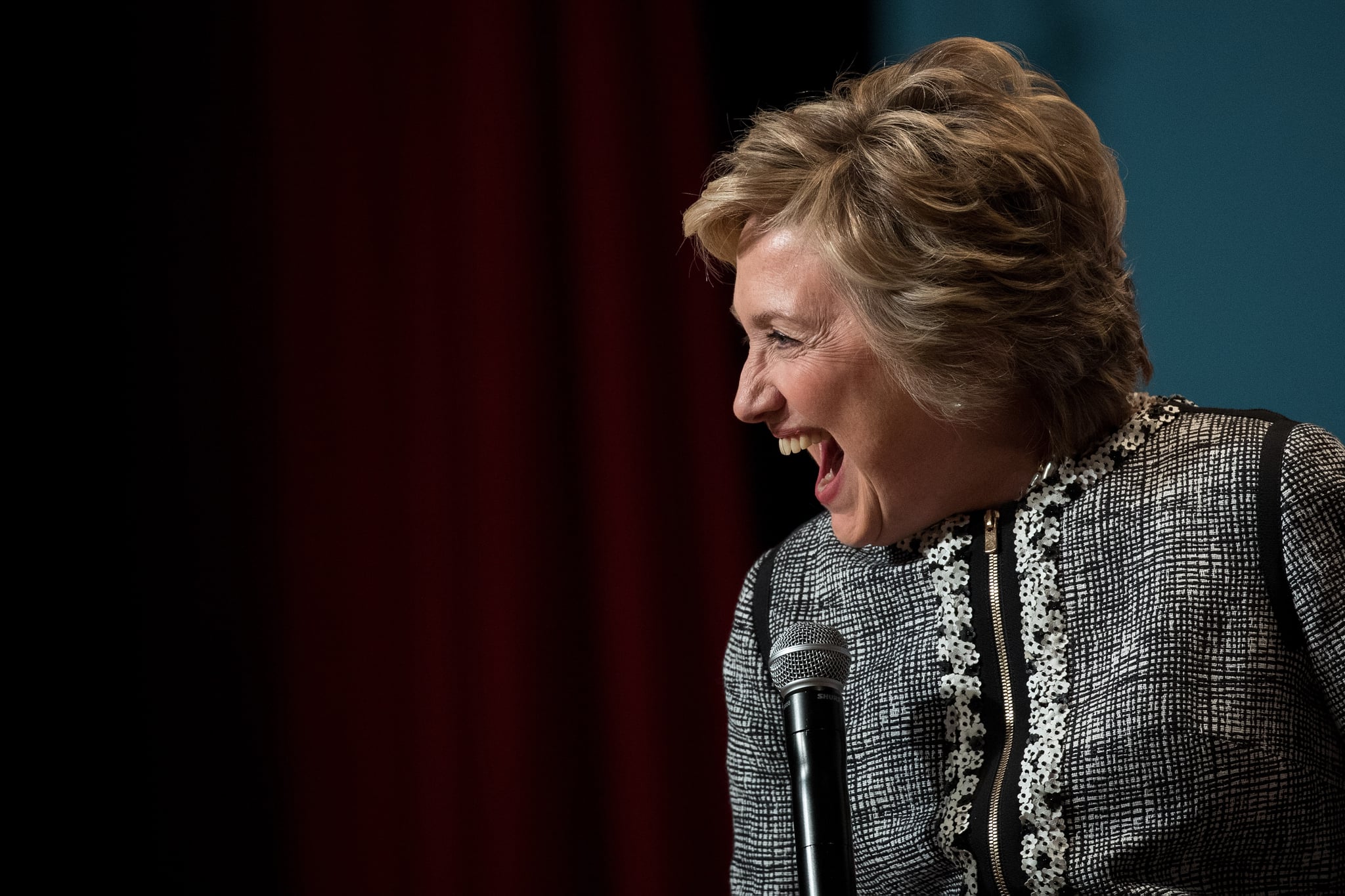 As the investigation into President Donald Trump's alleged dealings with Russia continues to heat up, one of Hillary Clinton's old campaign accounts decided it was time to fight back. When Trump asked in a tweet why no one was looking into Hillary Clinton's supposed ties with Russia, one of her long-inactive campaign accounts tweeted a message back to him. Clearly, whoever still has access to that handle is tired of Trump bringing Clinton into the conversation.

Why is that Hillary Clintons family and Dems dealings with Russia are not looked at, but my non-dealings are?

A few hours later, The Briefing, which used to tweet fact checks and stories about Trump during the election, tweeted out the following response:

It was The Briefing's first tweet since Nov. 7 and the internet quickly applauded the return.

Of course, there's a simple answer to Trump's query: he's the president and Hillary Clinton is not.

2020 Election
The 2020 US Election Changed Some of My Closest Relationships, and I'm OK With That
by Lauren Harano 2 weeks ago
Latest Tech
×