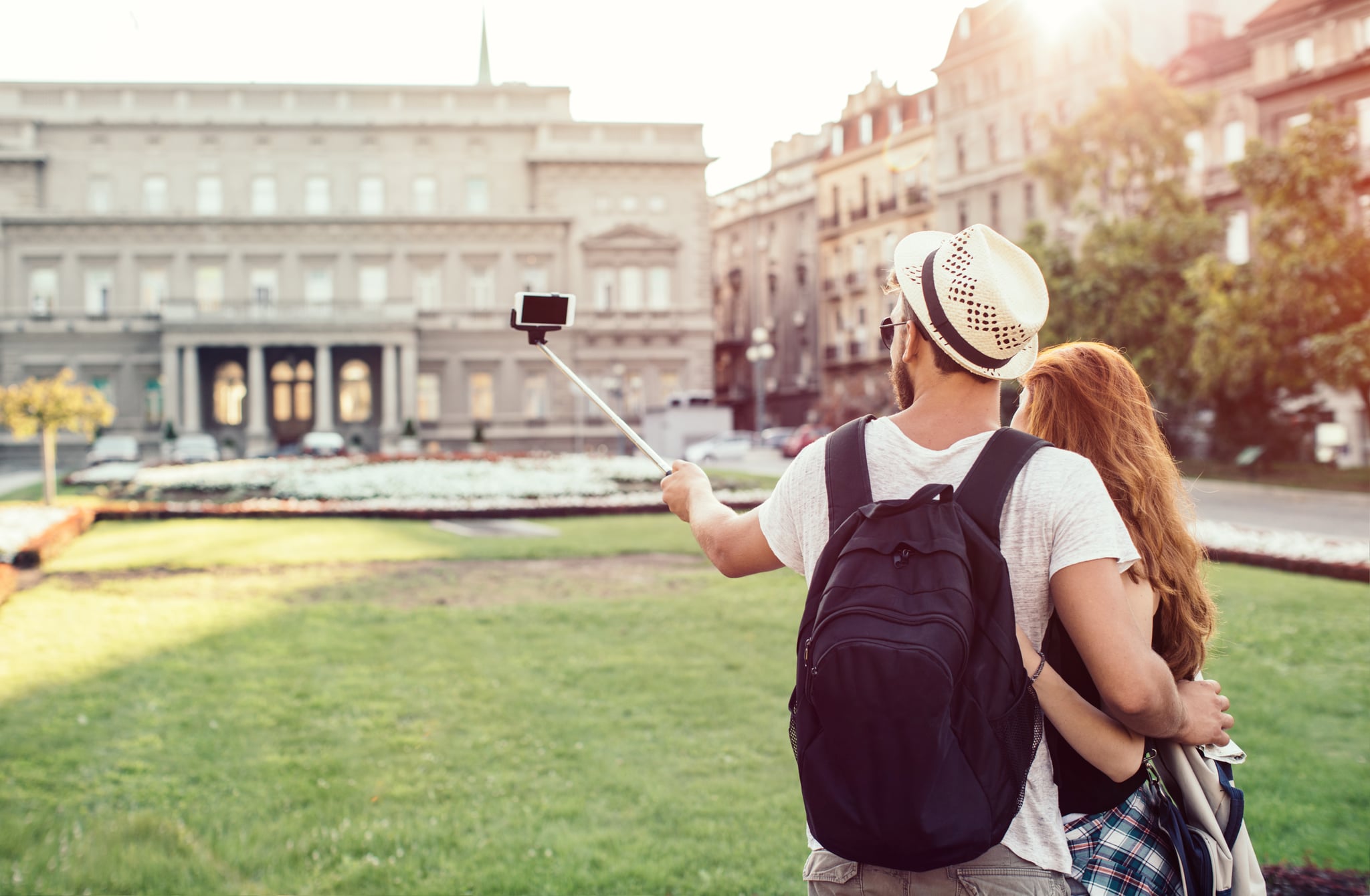 If you're obsessed with taking selfies with a selfie stick, you might want to cross Milan, Italy, off your list of travel destinations because the product is officially banned. According to The Local, the strict regulation, which also includes a ban on glass bottles and food trucks, was recently instated in efforts to crack down on "anti-social behaviour" among tourists and locals.

As of July 14, "holding, carrying, leaving on the ground, disposing of or receiving any kind of glass bottles or containers, cans and selfie sticks" will be prohibited until August 13. Milan's councillor for security, Carmela Rozza, says she hopes the ban will curb littering and warned that the regulation "will continue until it is needed." Selfie sticks have become an increasingly popular accessory with the rise of smartphone devices, and they were even included as one of the best inventions of 2014 by Time magazine.

Related:
The Macbook Selfie Stick Is the Tech Trend We Definitely Don't Need

As expected, people on the internet were freaked out by the news.

How is a selfie stick anti social? Milan you guys are nuts. I mean I'm coo coo for cocopuffs and I need a selfie stick. It's a great tripod!

Well I guess I'll cross Milan off of my list of places to visit.

Another case of government authority taken way too far.

I didn't realise Milan was so rough!

yeah that'd be a successful as their honking horn or driving wearing sunglasses laws!!

To be fair, however, there were also a few people who really didn't mind the selfie-stick ban.

Travel
Sorry, Emotional Support Peacock! Airlines Can Now Ban Animals Other Than Dogs From Flights
by Kate Schweitzer 14 hours ago