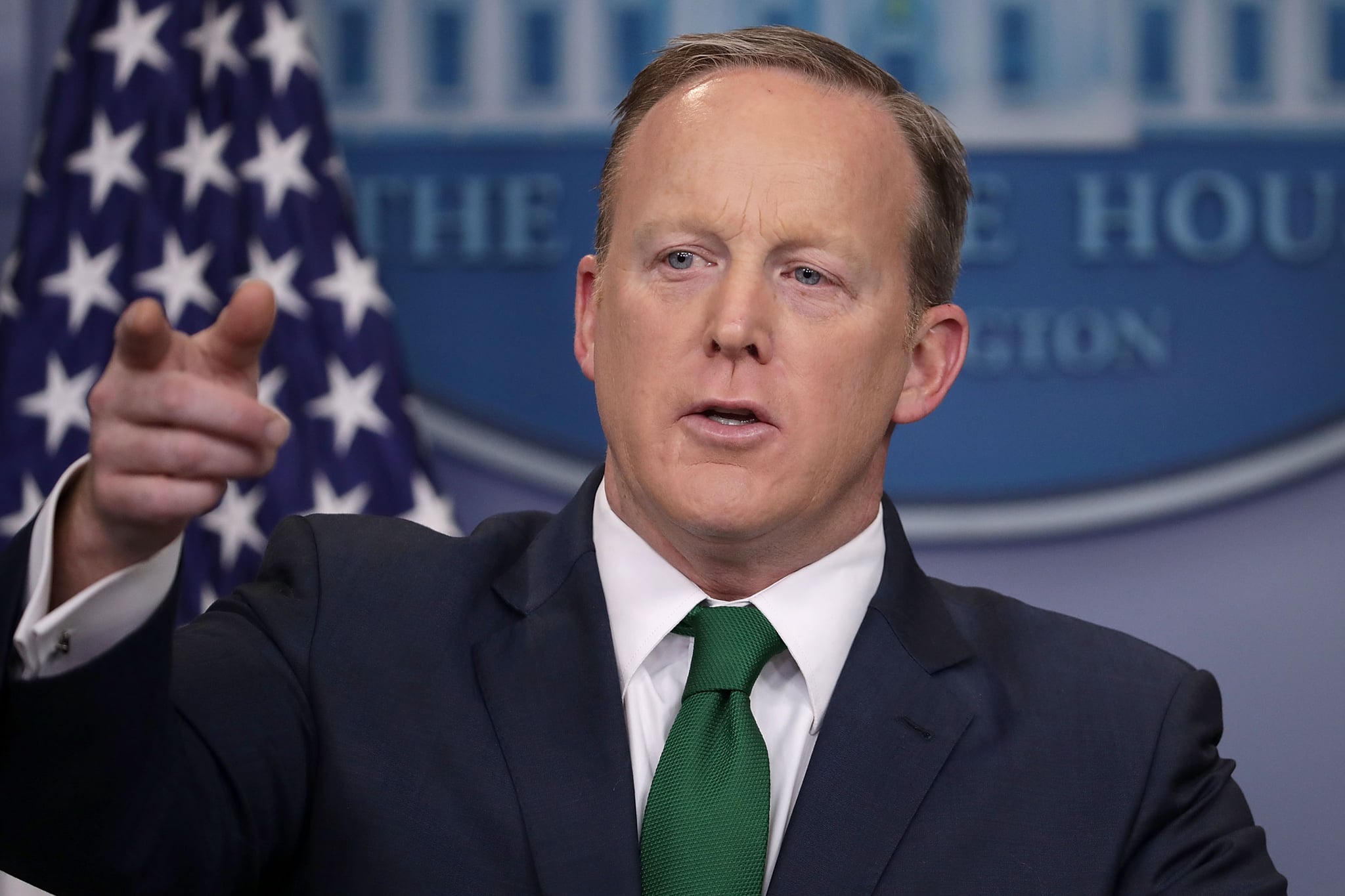 White House Press Secretary Sean Spicer is once again an internet meme. Sometimes, though, he makes it too easy, like wearing a green tie in his most recent press conference on March 16.

Spicer wore a green tie to commemorate St. Patrick's Day. However, he forgot the most important rule about appearing on TV: don't wear green because it can be "easily isolated and swapped with other things," according to the Independent. That's exactly what Jesse McLaren, a social media producer at BuzzFeed, did and added in hilarious images onto Spicer's tie. He posted the hilarious video to Twitter and the internet loved it.

What happens when u wear a green tie on TV 😭 pic.twitter.com/gAohulqeck

Related:
The Internet Thinks Sean Spicer Is Sending a Secret Message With His Pin

The result is one hilarious photoshop of Spicer's tie — and a memory we'll treasure forever. Hopefully, Spicer learns his lesson and doesn't repeat the same fashion mistake.

TikTok
This Video of Bickering Christmas Trees Is Going Viral, and It's So Hilarious
by Emily Forney 11 hours ago