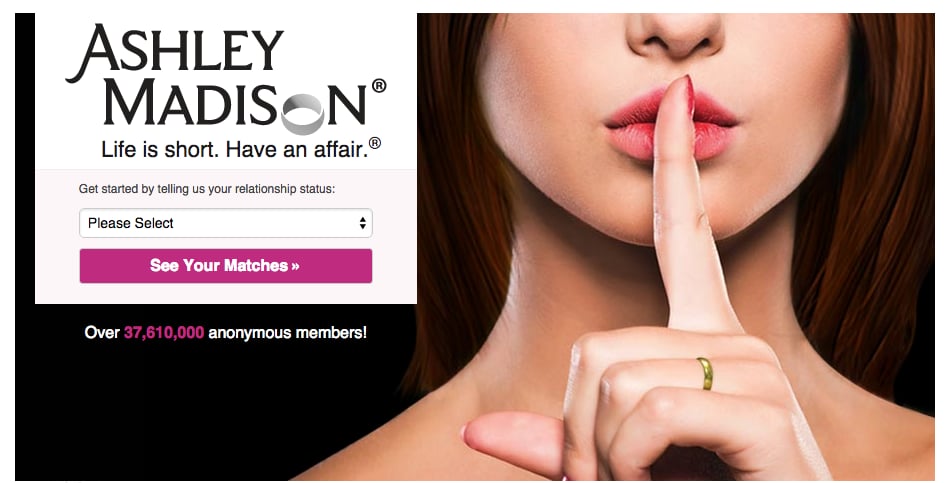 Thirty-seven million people are probably freaking out right now. In case you haven't heard, Ashley Madison — a cheating website whose tagline is "Life is short. Have an affair" — has been hacked, and a lot of people's dirty secrets are potentially at risk. (The site counts 37 million users and over 124 monthly visits.) "We were recently made aware of an attempt by an unauthorised party to gain access to our systems. We apologise for this unprovoked and criminal intrusion into our customers' information," the site's official statement reads. "We have always had the confidentiality of our customers' information foremost in our minds." While Ashley Madison is just so sorry about the betrayal of its users' trust (LOL), Twitter is having quite a fun time. Read on for 15 of the best reactions to this massive hack.

The Ashley Madison hack is the best thing to happen to marriage since divorce.

Praying for all the victims of the Ashley Madison hack. This must feel like a total betrayal of their trust.

Remember how you felt in school knowing your teacher was going to call home?
EVERY person at work right now with a Ashley Madison Account.

I would make a joke about Ashley Madison's clients feeling betrayed, but that's so easy that it feels like cheating.

37 million people use Ashley Madison. 37 million. You gotta laugh when people say that gays are ruining the sanctity of marriage.

"Hey Dad, someone hacked into Ashley Madison and is going to release all the names of its users"
*looks over at Dad-shaped hole in the wall*

Divorce attorneys when they heard about the Ashley Madison hack: pic.twitter.com/dg1mH5mU6t

It's sad because I re-met my husband through Ashley Madison when we both posted the lyrics to that piña coladas song.

Forget Ashley Madison, I'm worried they'll hack http://t.co/JUpprzi0JK! If they find out I'm not a real farmer I'll be ruined!

Him: Ashley Madison? I thought that was a brand of snack cake.

I'm terrified about that Ashley Madison hack. It'd be so embarrassing if the word got out that no one wanted to have an affair with me.

iOS
How to Customise Your iOS 14 Home Screen — Everything You Need to Know, Right Here
by Tara Block 5 days ago