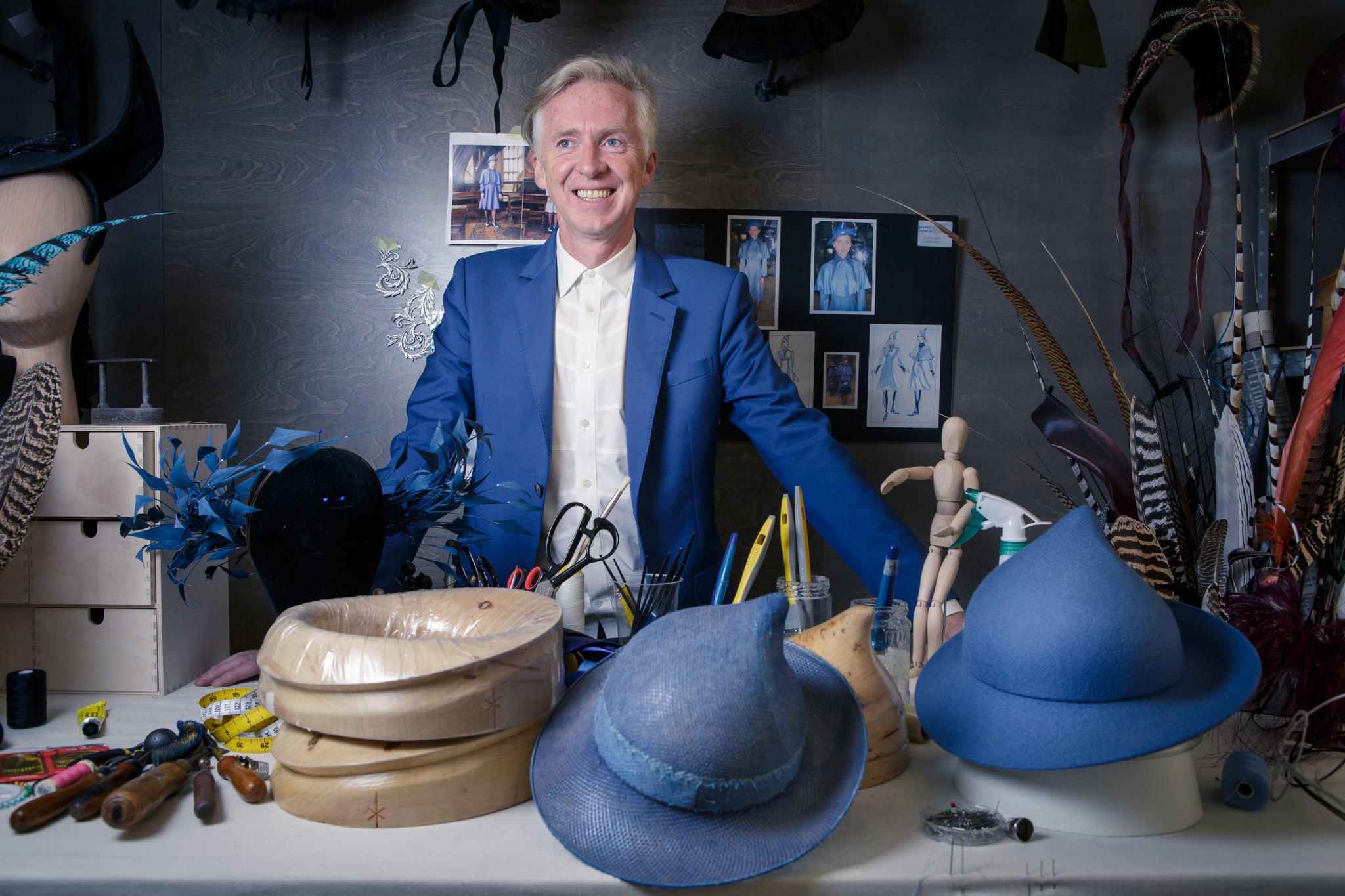 As if the Warner Bros. Harry Potter Studio Tour in the UK wasn't exciting enough already (will we ever get bored of the Great Hall, though?), they've gone and added yet another feature to give you an excuse to go again. This time it isn't a frightening dark forest or magical train, but a behind-the-scenes look at the makeup and costumes of the iconic films. I was lucky enough to get a sneak preview of the new attraction and am here to tell you it didn't disappoint. Grab your house appropriate robe and get ready for a preview of the magical new feature. 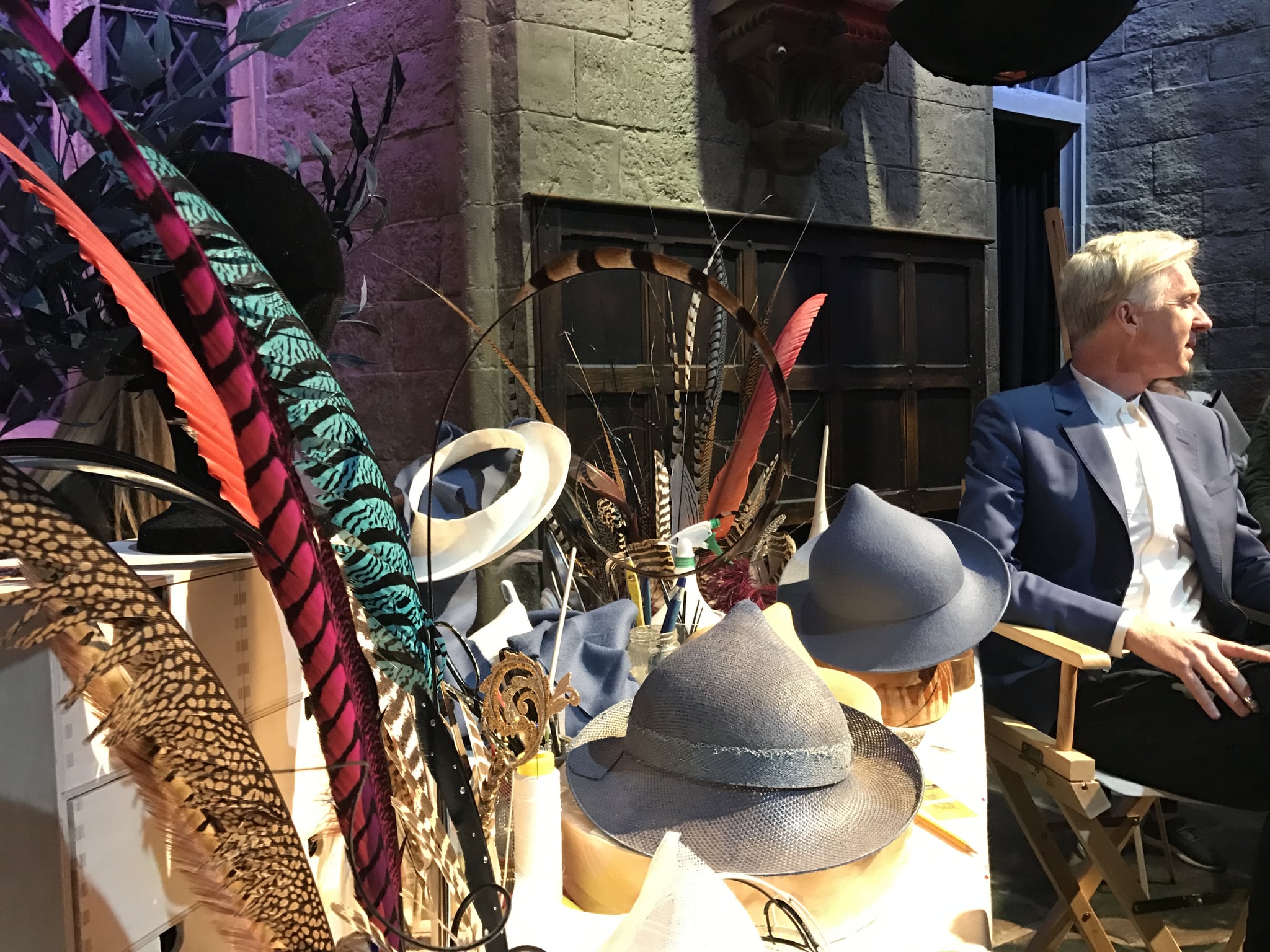 The Wizarding Wardrobe preview was launched by Philip Treacy, master milliner to celebrities and royalty, and designer of the iconic hats worn by the students of the French wizarding school, Beauxbatons Academy of Magic. The ladies of Beauxbatons appear in Harry Potter and the Goblet of Fire, entering the Great Hall wearing flowing blue dresses and distinctive hats. Treacy says "it was a personal thrill for me, as a hat designer, to come up with a hat for something as iconic as Harry Potter; it's about as iconic as it gets."

As part of Wizarding Wardrobes at Warner Bros. Studio Tour, you'll see the hat maker's studio, showcasing the tools and materials that went into making the Beauxbatons hat. During the preview, Treacy noted that he requested the actresses playing Beauxbatons students wear the hats in a very specific way, showcasing his attention to detail, in keeping with the meticulous detail the Harry Potter series required. He says "I appreciate the level of detail that went into the spectacle that is Harry Potter". 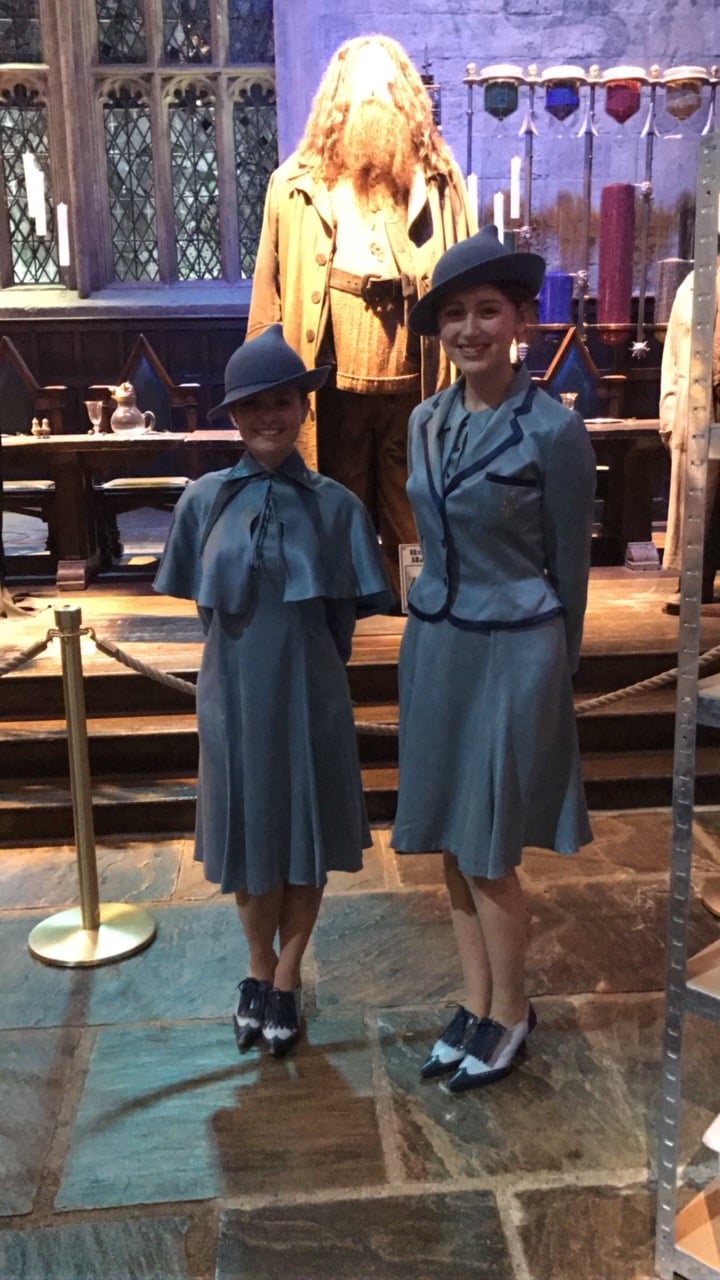 In addition to the hat displays, you'll also get to see the outfits that Daily Prophet reporter Rita Skeeter wore during the films, inspired by 1940s Hollywood gossip columnists and created by costume designer Jany Temime. You'll learn all about how Skeeter's outfits were carefully designed based on the story she was reporting. For example, the patterned leather suit worn in mirrored the scales of the dragons during the first Triwizard Tournament task. 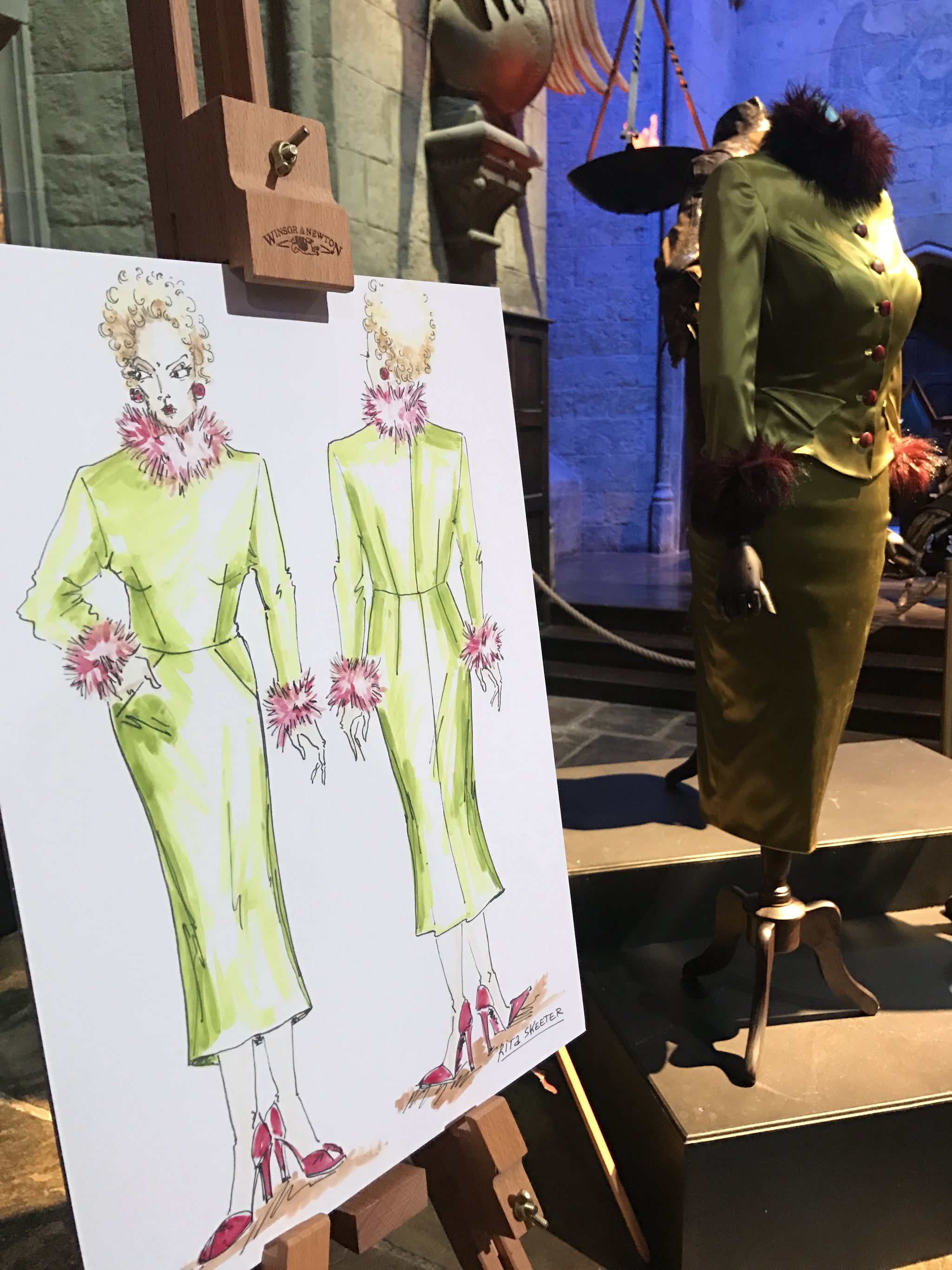 But you won't just get to see the costumes; you'll also have the chance to see how the hair and makeup helped to create the visual identity of your favourite beloved Harry Potter characters. Hair and makeup artists Amanda Knight and Lisa Tomblin will feature in exclusive footage showing how using wigs and prosthetics turned Helena Bonham Carter into the iconic Bellatrix Lestrange, complete with pointed teeth. As well as this, they let me in on a few secrets. The dark marks are actually temporary tattoos (yes, I did get one put on my arm).

I also learnt how the makeup artists created the well-known punishment Professor Umbridge inflicted on Harry in the , by making Harry use a black quill to write "I must not tell lies" on his hand. The phrase was written onto paper by the young actors on set, printed onto the hand by temporary tattoos and then using SFX wax, the letter were etched into the hand using a pin. They also applied Harry's lightening bolt scar almost 6,000 times throughout the films! 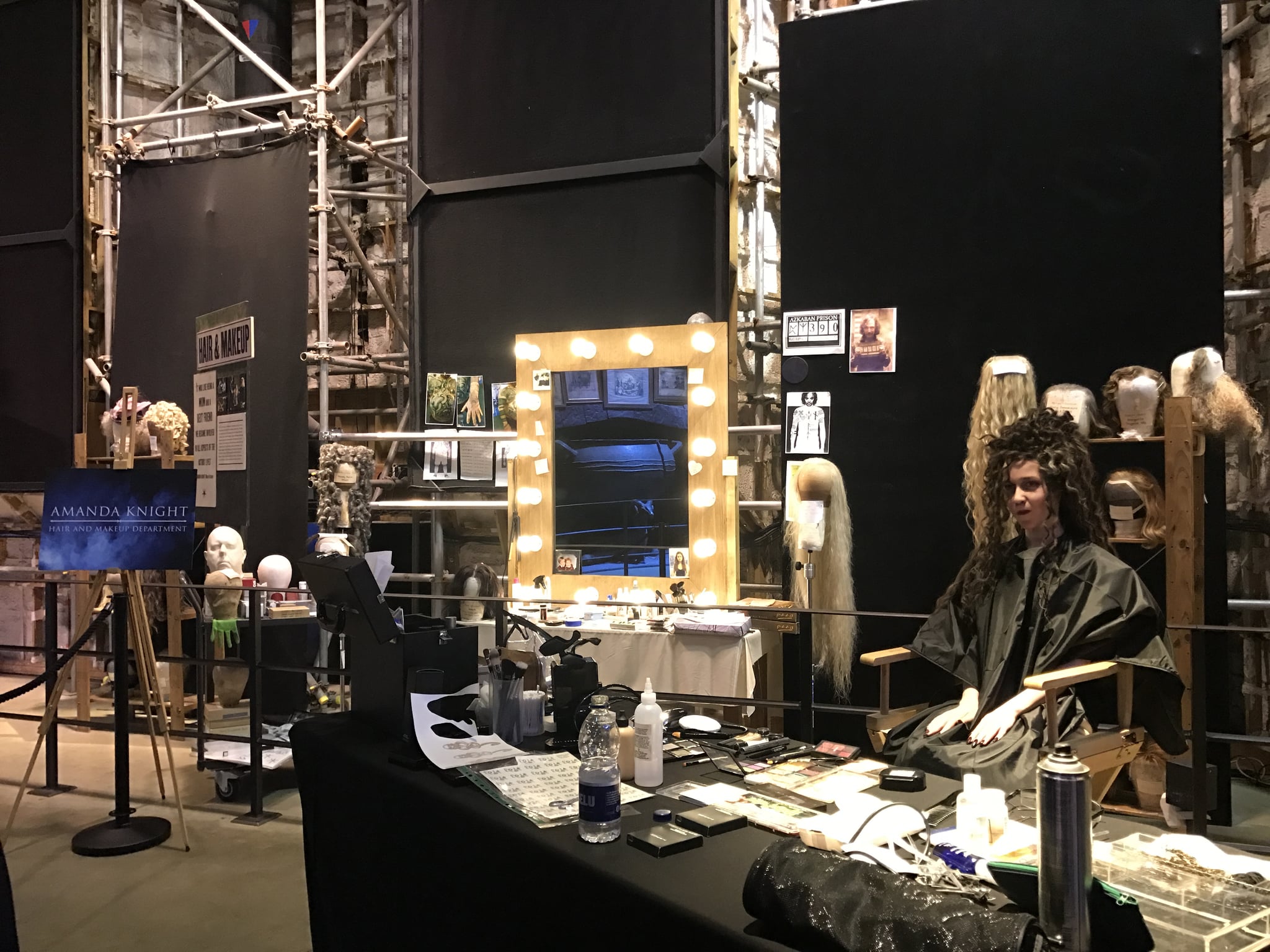 Related:
You Won't Be Able to Use Alohomora in This Harry Potter Escape Room

Maybe best of all, you will get the chance to stick your head inside Professor Slughorn's famous transfiguration armchair. Please see boomerang proof of my boyfriend turning into Slughorn. Magical.

The Wizarding Wardrobe feature is available from Friday 21 July – Monday 4 September. But if you're itching for more details already, watch the video ahead. 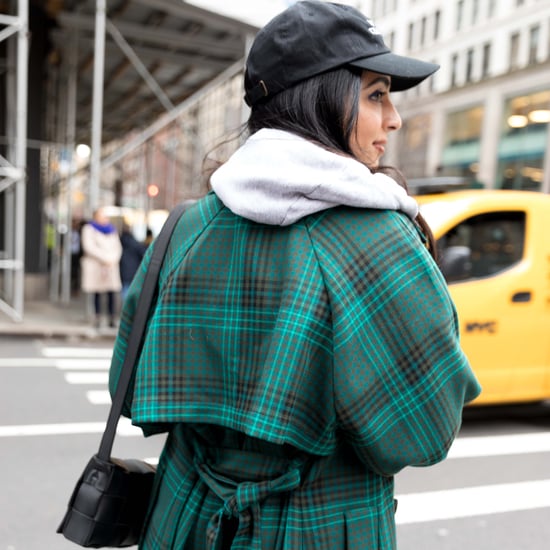 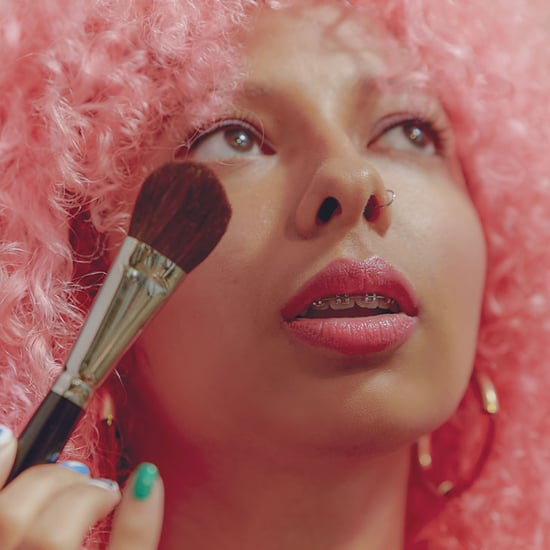 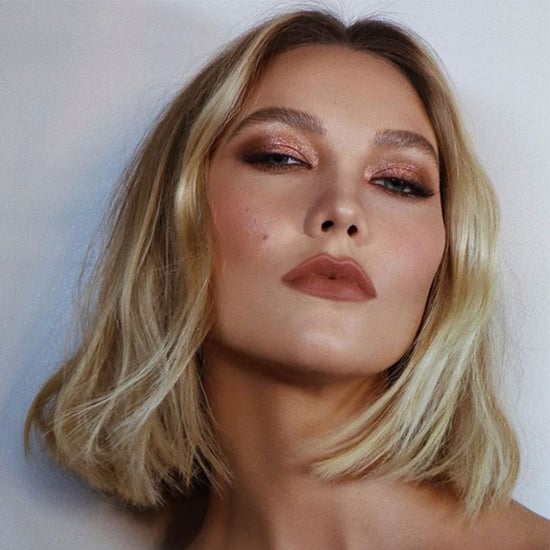 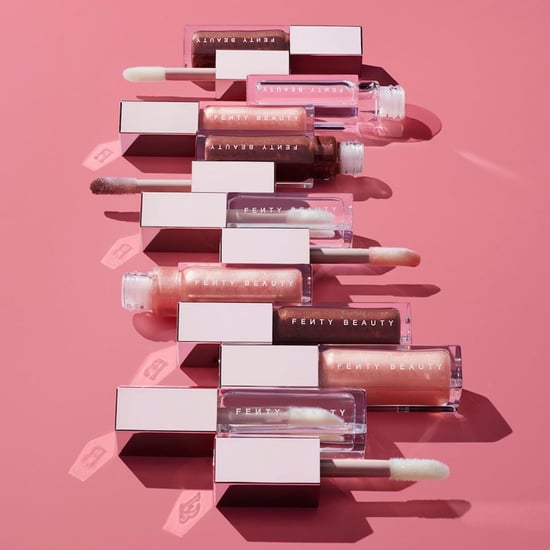 Makeup
Sephora Has a "Selling Fast" Section, and These 10 Beauty Products Are Creating Buzz
by Macy Cate Williams 1 week ago 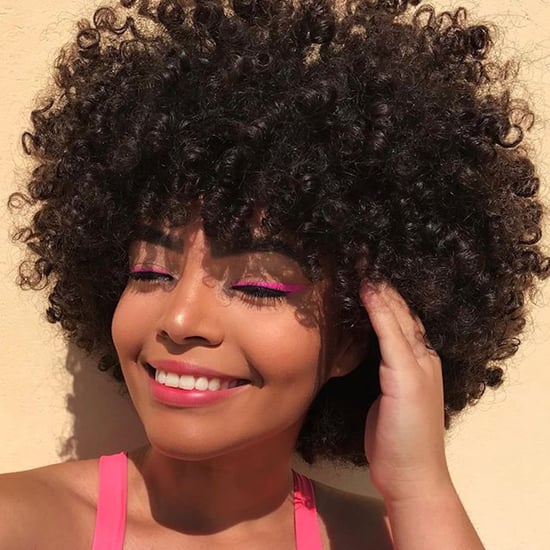 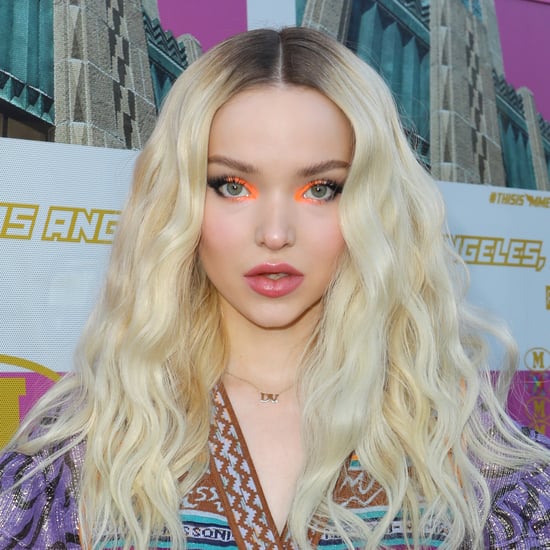 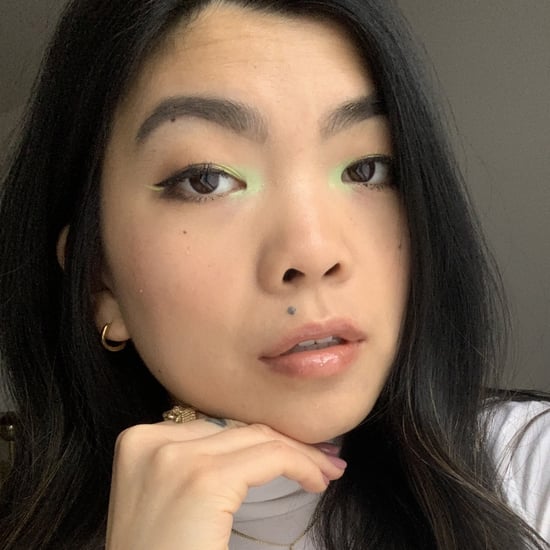 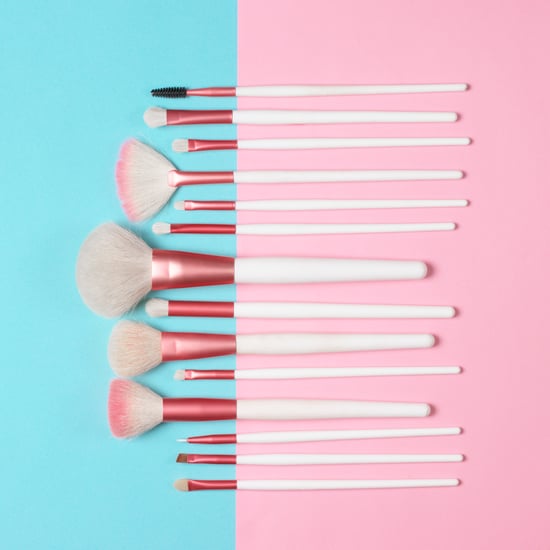