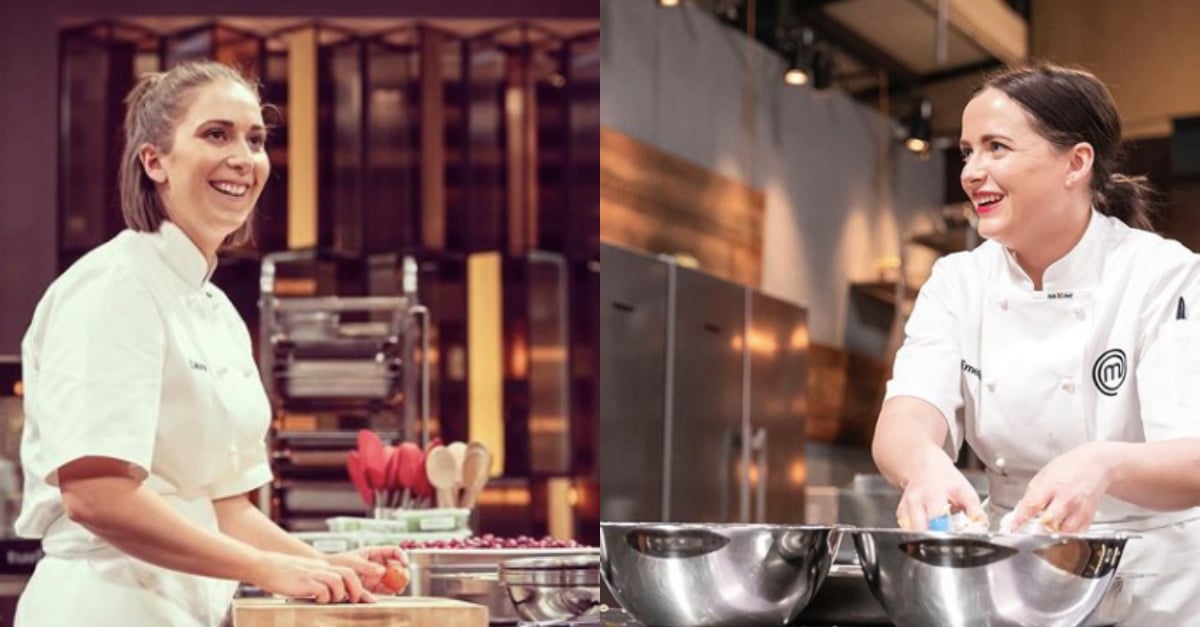 Many of the eliminated contestants returned for the excitement of the MasterChef finale, despite any COVID-19 border restrictions, dressed in their best formalwear. There, they cheered Emelia Jackson on to victory and a $250,000 cash prize.

The competing contestants, Laura Sharrad and Emelia Jackson, were tasked with dishing up a three-course meal for both the judges and the eliminated contestants in under four hours — more than 60 plates of food. The most impressive menu, using an open pantry and garden, would be the winner of MasterChef in 2020! The runner-up, Laura, received $30,000, with Reynold Poernomo at number three taking home $20,000.

Emelia was intimidated by the challenge — mostly because she was going up against a friend and strong contender in Laura, who has years of service and restaurant experience, compared to Emelia's career making cakes. But her intention was to stick to the classics, with seared scallops, beef short rib and a pistachio dessert on her menu.

But the usually composed contestant was quickly frazzled, when, after 50 minutes in the pressure cook, her ribs hadn't cooked enough, and were not yet starting to fall off the bone. She needed the stock for her pepper sauce and was starting to feel concerned, but decided to focus her attention on getting the elements of her dessert ready. Twenty minutes later, her beef was still not cooked, and Andy Allen advised her to consider a plan B. "It's not what I want to present today," she replied, refusing to compromise on her vision. Eventually her ribs did cook, and while she acknowledged the delay had eaten into her prep time, she was proud to be able to serve up what she had planned.

Laura, meanwhile, was excited because she said she loves to feed people. And she was determined to maintain speed and intensity to stay on top of her cook, creating a menu of seared bonito, pork loin and jerusalem artichoke gelato. Her dishes included many native ingredients, which Jock Zonfrillo warned her were tricky to balance. Laura also explained she was trying to use different techniques in her meal to prove just how strong she is as a chef. She wrote a note of encouragement to herself: "Get it girl!" at the end of her menu — something we should all probably start putting at the end of our notes to self.

But Laura found herself in trouble when she burned her hand on the handle for her caramel, which was positioned over the pork fat. She got her pork out of the pan, working through the pain, before the nurse came over to treat what Laura called "the most excruciating burn I've ever had". But it seemed likely to impede her through the challenge, with Laura needing to cook mostly one-handed. Jock encouraged her to take the time to breathe and compose herself rather than continuing to cook while rattled. She'd previously talked about wanting a negroni — and could definitely use one now! "One ice for my hand, and one fo the succulents," she quipped, as she set up the pass for service.

Both women seemed to nail their entrees, with the judges praising both their presentation and flavours. Then, Laura, who feared she'd removed too much fat from her pork, also managed to make a "sophisticated" main, which the judges commended for both its native Australian flavours and perfectly cooked pork. Emelia worried that her ribs might not be moist enough, but Jock saw no such issue and described her dish as "magnificent".

While cooking her dessert, Emelia reflected that she was concerned about the richness of the pistachio in her dish, and was planning on balancing it out with sour flavours. But she didn't want to lose on a dessert, as she did during the season seven Semi-Finals, when her flavours were out of whack. Laura too fretted that her wattleseed might overpower her dessert, and that mixing cumquat and jerusalem artichoke flavours might be a little bit too out-of-the-box. Then, she realised her freezer where her artichoke gelato was setting was open!

The texture of Laura's jerusalem artichoke gelato was unfortunately icy due to the freezer door, and the wattleseed in her chocolate crumb was "like sand", the judges observed. But they did enjoy the flavours in the dish and her overall menu, which they believed reflected Laura as a chef. Emelia's dessert was lavished with praise, for its balance of flavours and especially for the Davidson plum sorbet. The judges talked about how much she'd grown as a cook and just what a beautiful dessert it was!

Related:
The Hibachi Grill Is This Season's MasterChef Villain and It Must Be Stopped

When Emelia was announced as the winner, because of her perfect menu, she repeated "Are you serious?", dumbstruck at the news, before apologising to her friend, Laura Sharrad. "I'm so proud of you," Laura replied through tears. Emelia reflected that her time on Back to Win was "the most special experience of my life", adding that she owed it to the judges and to Laura, with whom she was able to reconnect. Then Laura talked about how much her friend "deserves" the win, saying that she was glad to have reconnected and to be able to eat her food.

Get it, MasterChef girls!

Shoppable
Lady Gaga's Empowering New Book Is a Celebration of Kindness, Acceptance, and Love
by Chanel Vargas 18 hours ago

Entertainment News
Barack Obama's "Fun and Informative" Memoir, A Promised Land, to Release in November
by Brea Cubit 6 days ago